We don't have a video for this one, but Ted has shared his slides!

As I mentioned in my previous post on the UnConference, while Kona and her helpers were arranging all the post-it notes into sessions, we got a crash course in "user experience" from Deactivated user ("Senior UX Researcher at Instructure" says his tagline here), and it was fabulous! Very detailed, very informative, and something that even people like me who don't know anything about UX research could follow along.

I don't know if Ted has shared his slides here somewhere or not (???), but I hope he will: the slides were very detailed, and they also contained references for people who wanted to follow up and learn more.

I also totally vote that Ted do this presentation as one of the regular sessions at InstructureCon next year! That way it will be part of the regular program and leave a video trail behind (since this unofficial "session" was part of the UnConference, it's not in the video gallery of the regular conference sessions).

I should also add that Ted was one of the Instructure employees I kept running into again and again during InstCon. I met him at the very start of the day on Tuesday when he was recruiting UX research volunteers and we struck up a conversation while he was waiting for a Bridge session to let out. That's how I found out he was an English major in college, so of course we could bond about writing and creativity (yay!). The next time I ran into him I think was when he was doing "crosswalk duty" over by the big tent -- and that was something I thought was so cool about the conference; there were Instructure employees everywhere doing all kinds of helpful things (crosswalk duty, driving the golf carts, etc.), and you could always tell who they were because of their T-shirts.

So by the time we got to Friday, I knew who Ted was and I was excited about getting to learn more about his work! I had thought it was going to be just a quickie few minutes, but it was a full-blown presentation with slides and everything, a bonus session for all of us who had come to the UnConference! I took this picture:

The part of Ted's presentation that I appreciated most was the kind of anthropological field study work that some UX researchers do: it's not all just about clicks and time-spent-on-page, but actually observing -- closely observing! -- what people are doing when they interact with a website. As Ted pointed out, even self-reporting cannot take the place of observation because often people are not accurate self-reporters since observing yourself is actually pretty hard to do. Being able to observe what people are doing while they work, sitting side by side with them, and also to ask questions while sitting with them, sounds like such a rich field of investigation, and it overlaps powerfully with what teachers do (or should do IMO) in order to help their students.

And on that theme of observation and just being with our students, I want to mention an amazing new book that just came out this summer by one of my teacher heroes, Ira Socol, and his colleagues Pam Moran and Chad Ratliff:

Just to take one example, Ira mentions his practice of observing students' feet while they are sitting in the classroom:

During a classroom walkthrough, Ira says, "I videotape kids' feet. That's what I always look at. Kids keep their upper bodies compliant. Their feet tell you what they're doing, whether they're asleep, or just totally panicking. If you look at their feet, you get this whole different perspective on how they are doing in class. Principals walk and when they do observations, they look at the teachers mostly. That's completely wrong."

Just from that one anecdote, I think there is a lot that we can all learn, about teaching, about observation, about data, etc.

One of the reasons that I use a blog network for my classes, with every assignment leaving a digital trail in the blogs (or at their websites), is to that I can get a glimpse into their thinking. The blog posts and comments are all open-ended (unlike a quiz or test), so with each sentence in each post or comment, I am able to learn something about each student. It's not the same as being able to sit with them side-by-side and talk with them one-on-one, but then you do not usually get a lot of side-by-side one-on-one time with students in a classroom, especially not in a 150 minutes per week college classroom. Teaching  this way, I feel like I can observe my students more and spend more time with them one-on-one in our blog network than I ever could in a traditional classroom (although I sure would have enjoyed teaching in the very non-traditional classrooms of Ira's school, where on any given day a student might be sawing a classroom chair in half to make a seat for a go-cart...).

You too can take a peek if you want into our blog network; it's all open and full of inspiring stuff I think: Myth blogs and India blogs. There are around 400 posts so far, and more to come this weekend; the last three assignments of the Orientation week are a chance for me to get the students' reactions to how the class is going so far and to learn more about their own goals so that I can focus my work with them based on that knowledge.

That theme of "observation" is just one way where I see our work as teachers intersecting in powerful ways with the kind of work that Ted does with UX research for Instructure, and I am really glad that his talk was part of our UnConference experience. Thank you, Ted! And any time you want to share some of your projects or thoughts here at the Community, I know you would have many eager readers, me among them. 🙂

laurakgibbs‌, Jive Support continues its investigation into the mystery of that word (which I can't even type here) disappearing from content items.

I wonder if it is some weird prank gone out of control, ha ha.

It always looks archaic to me when people type e-mail, but I know some people still do... so I will now be teaching on-line, assuming I can remember to archaize myself.

Have you had a chance to work with Ted on a project, stefaniesanders‌? All the projects he was describing in this talk sounded fascinating! 🙂 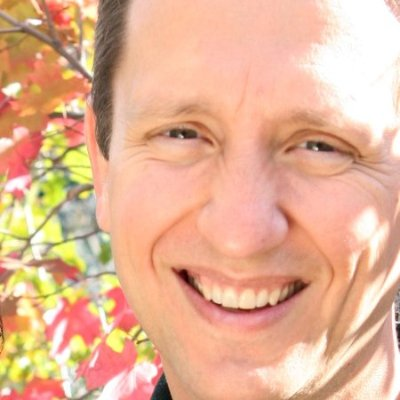 Thanks for the plug laurakgibbs‌ ! It was a lot of fun. Next year maybe I'll do a regular conference session. Ideas on topics... ?

Meanwhile, if anyone would like to participate in UX research with Instructure, you can sign up here.
(It literally takes just a minute or two.)

Oh, that would be so great about the slides, Deactivated user‌... you had good references for those of us who want/need to follow up and learn more. Yay!

I also have a future UX-designer in my class this semester, and I will share with that student also. 🙂

Instructure
In response to laurakgibbs