We are seeing incorrect grades in Canvas mobile on both the parent app and the student app.   I am posting this here because it would only effect K12 as we are the prime users of grading periods.   What we are seeing is that the parent app is showing the grade for "all grading periods" instead of the current grading period which is "Quarter 2".  On the student app, it is defaulting to "all grading periods" instead of the current grading period.  Students have the ability to change, but they shouldn't have to.  And the grade on the front card in mobile is inaccurate.  This has been going on for several days.  We've contacted support, CSM etc.   Just wondering if others are having the same experience?  Inaccurate grades are not a good thing. 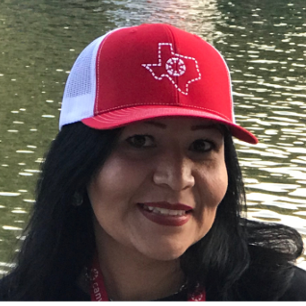 Do you have "Grading Periods" associated to a term?  I think that this might be the issue at your district.

Hi  @joseph_allen ~ It looks like you're not the only one seeing this behavior. See: https://community.canvaslms.com/ideas/10173-canvas-parent-app-grade-period-display-cant-leave-parent... As more schools adopt multiple grading periods, I think it becomes increasingly important of the apps to support the grade displays.

Allen we are not seeing this issue but I need to note that we are not using the parent app.  Parents use the student app, we load parents using the observers file.

Thanks  @klundstrum  .   I think the Canvas Parent App grading period display idea is a good one and I support it, however I'm talking more specifically about an acute problem that just seemed to have popped up.  The Canvas Parent app should default to the current grading period for each course, but within the past few days changed and is now showing all grading periods.  This is causing some confusion among our parents and its something we need Canvas to fix asap.  I'm working with Canvas support and my CSM, I just wanted to see if others had the same problem.

Ah! Thank you for explaining it again, Joe! I haven't received any support tickets from our parents/families/observers, but, then again, we don't use multiple-grading periods. I hope that this is an isolated issue! I also hope that other institutions find this discussion; I'm going to tag https://community.canvaslms.com/groups/cmug?sr=search&searchId=67a21b50-a8df-4d1f-a4b8-97dc9c3d3494&...‌ to help with that.

Thanks for reporting! We've got someone working on fixing this in iOS student and parent apps -- Android apps are not affected. We'll push an update that fixes this specific issue as soon as possible.

@peytoncraighill  - You guys are the best.  Thank you for helping us out again.

Community Coach
In response to peytoncraighill