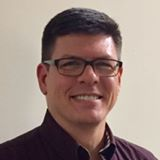 Continuing uglification of audio clip icons when u...

by whitman_11 in Canvas Question Forum
1 Kudo
1 Kudo
I'm including an audio file in a quiz question. I want it to look like this, with the rounded oblong shape:  However, it's been getting harder and harder to make the audio icon appear like this. First, at some point, I started getting a blue rectangle instead of the oblong shape when I added audio, like the one below. So I started getting into the HTML, and replacing the file name in the oblong shape with the file name from the blue rectangle shape. It was tedious, but it worked. But now, that workaround doesn't work anymore. Now when I edit a question with the rounded oblong shape for the audio icon, it first of all turns it into a blue square regardless of what I do. And second, when I drop in the new file I want, it puts it in there as a naked hyperlinked file name, like the "pickles_pickers_009.wav" below. What's going on? ... View more

by whitman_11 in Canvas Question Forum
3 Kudos
3 Kudos
I can't tell you how many hours I have spent simply REPAIRING quizzes I've already created that I had intended to spend creating new quizzes. It seems like every time I'm not looking, one of my question banks will disappear, or get overwritten by another one and plugged into the wrong quiz.  I understand that (for whatever reason) you can't duplicate question banks. I understand that (for whatever reason) you CAN copy individual quiz questions from one bank to another, but CANNOT copy multiple quiz questions from one bank to another--you can only MOVE them.  I have tried to work within these constraints, and after two months of doing it in a serious and sustained way, I am now convinced that it's not me, it's the awkward, unintuitive, klunky and stupid way that quizzes and question banks are set up in the first place.  First of all, why are the question banks hidden? To access them, I have to know the secret passage: Edit a quiz, go to add some questions, then click on "Find questions" to open up the vault of question banks. Why isn't there a front door to the question banks? Second, even when I use the workarounds for copying multiple questions by importing the desired question bank, the imported bank is not safe. Suppose I want to duplicate the question bank ABC in order to plug new content into the existing question templates. So I import question bank from this course to itself (or from another course into this one, it doesn't matter). Now I have 2 question banks called ABC. I rename one of them DEF, and revise the questions. Now suppose I want to create another duplicate bank. I import ABC again, or maybe DEF. I'm likely to discover that question bank ABC at some point has disappeared, or that its questions have been replaced by those in DEF. I tried to get smart, by creating a question bank called Dummy. Any question banks that I imported, I would move their questions into the Dummy bank, then rename it with the desired new title, say XYZ. It didn't work: The next time I imported the Dummy bank, it came in with its set of questions, and then bank XYZ would have all its questions erased.  What clever combination of importing, renaming, and other safeguards will let me (a) import a question bank, (b) give it a new name, (c) revise its questions, and (d) not have to worry that those questions will disappear or be replaced by another set of questions the next time I import the source question bank? ... View more

by whitman_11 in Canvas Instructional Designer Discussion
1 Kudo
1 Kudo
YES! In fact, this feature is needed not only for Mastery Paths, but also for the ordinary use of module prerequisites. I spent hours figuring out the visual roadmap of the modules, and even created a diagram to put in the syllabus, only to have students meet with me who were still trying to hack their way through the modules in the single linear order in which they were presented on the modules page. I've asked someone here at Ohio State if they could make a clickable version of this map so that I could use that instead of the list of modules, but it would so much better if this were already built in. ... View more

by whitman_11 in Canvas Question Forum
I'm having the same problem here, using the lone Test Student I have. I'm assuming that by now the Conditional Release API is part of the installation here, though I can't see it anywhere. The only relevant thing I see under "Apps" is Mastery Paths itself. Is there a general fix yet? ... View more

by whitman_11 in Idea Conversations
I want to echo what others have said above. I just gave failing grades for a whole batch of assignments, wondering why the hell the students ignored the rubric, and now I'm hearing from them that they can't see it. Now I've finally found this discussion, and I agree: This is ridiculous! It needs to be fixed right away. I'll pass on to my students the view-via-Grades workaround, but this is a big disincentive to use the rubrics that we are encouraged so much to use now. ... View more
Community Statistics