286 Kudos
Status: Open Submitted by curtain on ‎04-23-2015 06:59 AM
(26)
Some of our instructors have the need to provide extra credit via a quiz.  Students would earn specific points based on their correct answer and receive extra points based on their score but it would not increase the course or assignment group total points. I envision this as a checkbox option in Quiz creation.  [] Mark this Quiz as extra credit.  Then it would behave in the manner described above.

Here is the old thread on this.  I could not find a new version here but maybe I am missing it.

Yes. It hurts students. And the sad thing is that the Canvas folks don't care.

Still waiting for a simple "extra credit" button in Canvas for quizzes/exams!  Most instructors need this feature and it is highly frustrating that a solution has not been created.  It looks like this request goes back to 2015!

In case you missed it, there appears to be a duplicate that has 100+ more votes (current vote count = 318).

We're going to wait forever. It appears that they will not add this needed feature.

Ah yes, another much-requested feature that would benefit students that is now almost 5 years in the asking. At this point, I'm not sure why any of us use Canvas. There's got to be something better and more responsive to teachers' needs.

This is so frustrating that this feature has not been added so far! It is frustrating for me because I have to spend precious class time explaining all ways around this dysfunctionality we are going to implement in the class. This is frustrating for the students because, no matter how many times I explain the problem, they still feel confused. I tend to get questions about extra credit quizzes in almost every class.

This is especially frustrating now since my class moved online in the COVID-19 era and it is impossible to avoid confusion among students about extra credit quizzes. I want to scream to a Canvas team - PLEASE, give up an opportunity to create extra credit quizzes without any tricks we need to play to display grades correctly for the students!

In new quizzes it is already possible to specify that a quiz is worth zero points.  A simple approach to extra credit, but when a quiz is worth zero points the score earned in new quizzes does not import into the gradebook.  A simple change would be to allow users to check a box that would cause the points assigned within the new quiz to import directly, without converting to the preset value (zero) of the quiz.  This would cause the expected calculation of extra credit quizzes with students earning ___points out of a total of zero 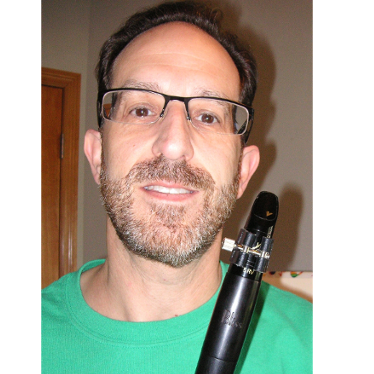 Why in the world is extra credit in Canvas NOT as easy as a check box???????????? Assigning extra credit is a pain in the neck in Canvas.  One simple check box changes that.  Please make this change!!!!!!

I would like to mark a quiz extra credit too. I also want it to sync to Pinnacle as extra credit. Currently I have to go back and make sure that is toggled in Pinnacle. Would love to just put it in Canvas as extra credit and have it count like that in both.

I can't believe this feature (marking an assignment as extra credit via a single checkbox) has not been implemented yet! I mean, in which world is this not standard practice in "real" life?

Needs to be an option for extra credit quizzes that are graded automatically. I know there are many workarounds, but they're all clunky and this should be standard. Ridiculous that there isn't one. Honestly, just points to how Canvas might not be in line with good pedagogical practices that there isn't the option to mark a quiz as being extra credit.

As an instructor, I found a problem with the way Canvas calculated the average of class exams.

There must be an easier way!

@DeborahKleiner  I do this with extra credit questions on my exams as well.  To make it work in canvas, make the extra credit question worth zero points and use a question style that is not automatically graded.  (I use essay questions even when the answer is one word.  If you want to offer choices, just write them in the prompt.  The point is for canvas to recognize that the exam still needs grading.)  After the exams are submitted, go into the speedgrader and grade the extra credit question a score of 5 if correct or 0 if incorrect.  When you update the score in speedgrader, a student with a perfect score will have 105 points out of 100 available.

This preparation fixes both of your examples, but requires manual grading of the extra credit... It is possible to do the same with auto-graded question styles, but canvas will not track whether or not the questions have been graded by you.  (In that case you can use a manual grade posting policy, so that students do not see grades before you adjust them, and then wait until after the "until date" locks the exam before grading every submission.  Then you can post the grades for students to see after extra credit questions are graded.

I have tested this in new quizzes, and it works.  Set the assignment points to 100, add any number of questions worth any number of points to the quiz, and the new quiz will do the math to convert scores to being out of 100.  The extra credit questions still have to be worth zero points, and then a manual grading step still allows you to add the extra points, which will count above the 100 points calculated for the exam.  (In an example, I have quizzes worth 100 points, in new quizzes I can have 10 questions worth 1 point each, but the grade displayed in the gradebook will be out of 100 points as long as that is the value of the assignment.  It will calculate as if each question is worth 10 points.  I can add an eleventh question as extra credit: 0.5 points when grading that zero point question will be calculated as 5 bonus points out of 100 in this example.  For simpler math you can continue to set up each new quiz questions points so that those points also total 100.

BTW:  I think your comment fits here: Create-Option-for-Extra-Credit-Question-in-Quiz and so you might want to comment and vote in that forum for a more automatic way to accomplish this.

Thanks Steven for your advice. Actually, the workaround I used was to export the entire grade book to Excel and used that program to calculate grades.
The point is that users should not have to evolve creative but convoluted or cumbersome solutions to a problem that should be solved simply and directly.

BTW, Canvas assigned the comment to the group! But I will check it out.

Thanks for posting this suggestion.  I completely agree.  While I have a workaround, it's a pain to do this when an Extra Credit box on the quiz editor page would take care of the grading from the beginning.

Why is this functionality still open for comments? It's been 5 years, when is Canvas going to implement this?

It is ridiculous that Instructure refuses to create an extra credit checkbox on any of its assignments.  It is over 8 years past due and creates WAY to much extra work for instructors.

Right?!?! It's a couple hours of work if I want to implement extra credit for my class at the moment (class of 700)

It would benefit many instructors if Canvas had a special "Extra Credit Quiz Option".  Currently, there is no AUTOMATIC way to grade and assign points for a quiz that is meant to be for extra credit.  Please make our lives much easier and make this option available.

I love this idea of making a quiz (or specific questions) as extra credit!  I have a quiz that is supposed to be a bonus assignment, but I don't have a way to make it as a bonus.  The ideas that I have found make the whole thing complicated.  Canvas is such a wonderful system, can this feature be added?