add a stop/cancel button for imports

add a stop/cancel button for imports

Thank you for your submission, dicksonl​. This idea will be open for vote in the next voting cycle.

Yes. One of my colleagues imported an entire course accidentally. Since I was the one who had to remove the extraneous stuff, this definitely gets my vote!

I think this is a great idea that could potentially save some headaches.

It would be even more helpful if when an import is canceled, the changes made are undone; or at least the user is presented with a log of items that were changed. Either way, some information to aid in the removal of any content that was accidentally added.

Interesting idea!  I voted for this.  Another thought that came to mind would be some kind of "confirmation" screen which allows you to do a final review of what will happen during the import.  There might be some kind of "Confirm" button that you want to carry out the import, and there would also be a button to return to the previous screen to make any needed changes.

This screen shot is from our previous LMS, Pearson eCollege's LearningStudio.  It's not a full picture, but the idea is that we had a final "preview" or "confirmation" screen before we told the system to carry out the course copy.  The items that were to be copied displayed below this message.

Oh yeah . . . I have accidentally imported the wrong course before. It wasn't pretty. Of course I realized what I had done the second I clicked OK but there was no way to stop it.

Yes!  I have imported the incorrect items several times!  This would be such a great time-saver!

A confirmation screen should be plenty sufficient.

Being a highly error-prone klutz at times, I could really use this, as could my faculty.

I voted this up, and I also like  @chofer ​ suggestion!

Yes! I frequently need to import just a few assignments between courses for instructors. I have to be extra, extra careful to select the right button so I don't automatically begin the doomsday process of importing the entire course I'm pulling from on top of the current course. If that ever were to happen, a cancel button would be a must!

This is a great idea.  Our product team has evaluated the scope of this project and available resources.  It is something we will keep in mind in the future, but more than likely will not develop in the next 6-18 months.

Please continue to comment and provide use cases on this thread.  Follow this idea to receive updates as they are available.

This is needed SO much! I'm always so afraid of hitting the wrong button and really messing things\ up. I am pretty klutzy and it could happen very easily!! 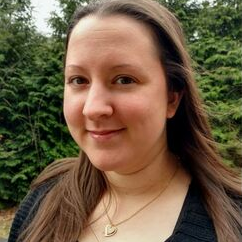 I recently did that as well. It was a major headache because the course had quizzes and assignments with the same title so my old ones were overwritten!

This 2017 and this still is not an option. This would be a great addition to Canvas. I just did it today importing content into a course by accident (that already had content in it). It would have been nice to be able to cancel the import. Luckily I was able to act quickly and make a course export before the import finished so I could save what was in the course originally.

Fast thinking - smart! I will remember that trick just in case...

Another option for you (had the import finished before you were able to export) would have been to log into your school's Beta environment to export your course.  Here's a Guide: How do I access the Canvas beta environment as an instructor?

An import is stuck in queue, and you want to cancel it before starting another import (This would prevent the queued import from running at a later time and overwriting course content.)

I think this is, perhaps, the most important reason to add this feature.  Since courses from various semesters have similar names, it is easy to get to the point of selecting content, and discover that you have selected the wrong course.  While the upload will not run until you select some content, the option to select content remains indefinitely.  When there are multiple individuals with permissions to use these settings (multiple instructors, for example) it is easy for miscommunications to result in mistakenly starting these incorrect uploads.

How and why is this not a thing nearly 5 years after being brought up?