A few weeks back I got an email stating that I was invited to a mysterious event called “Khaki 2.0” from Instructure. My immediate gut instinct was “Either this is spam or it was supposed to go to the previous LMS admin before me and I just got it forwarded to my email since their inbox got joined with mine.” I quickly checked the recipient and realized it was addressed directly to me. I ignored the offer until another email came soon after asking for an RSVP. I was still thinking I wasn’t important enough to be invited to a meeting where all the head honcho’s of Canvas Product Management and Engineers gathered in a room, so I said “Unable to make it” and moved on with work and life.

About a week later, I got an email from  @scottdennis  asking why I wouldn’t be making it and confessed I didn’t think it was actually intended for me and that I was unclear about what this event really even was. He quickly dispelled my insecurities reassuring me that everyone was here from various institutions and breadth of experience. I let him know I’d have to see if my manager would take it as a Professional Development day and get back. My manager quickly agree’d that he’d love to see me take this opportunity so with that, the Khaki 2.0 journey began.

Khaki 2.0 (1.0 was held in 2015. See  @kona  post about all the fun here!) was the name for the second meeting of especially active community members to gather at the Instructure Headquarters in Salt Lake City for a day long Product Development Meet on Initiatives that Instructure has on the table, new ones that we’ve been shouting about for a while in the Feature requests, and how we should prioritize the Engineer / Product Manager workload. The daunting process of how they create these Software initiatives and the processes they take to launch them were explained to us at the onset.

The Canvas Product Development Life-cycle has several stages, but determining what goes through that stage looks like this: (Khaki 2.0 only focused on the top two points. Discover the opportunities and Design an idea to help outwork the solution. )

Discover – What problem or opportunity are we trying to solve? What is success?

Design – How will we solve this to achieve success?

Release – Prepare for public release of the solution

Evaluate – Determine if success was achieved.

Now bear in mind, as much as we’d want to wave a magic wand and make a product happen in 24 hours, unless you’ve got Harry Houdini in your back pocket, it’s not going to happen. At least, not on the Canvas-wide scale that we’ve come to know and love. They estimate their workload in a term called a “Sprint”.  In the Canvas world, 1 “Sprint” is equal to about 3 weeks and 2 Engineers worth of work. The Development team can usually see 2-3 Sprints ahead on any given project. (can you imagine working 3 weeks straight on the same project for 8 hours a day? That's massive and that's why I give major Kudos to all our Software Dev friends out there!)

They gave us a pretty daunting mission. Out of these some 30 odd Feature Ideas and Initiatives, pick your top 5 to vote on that you’d like to see move forward. Did I mention we had 20 minutes to place our votes?

With some persuading and research from others, I carefully placed my initiatives and waited to hear back about the outcomes shortly after we started eating lunch. (Café Rio FTW!)

They called out the top 15 voted on ideas and after some deliberation between the Engineers, narrowed it down to 8 focus groups. They gave 1 Topic to each Product Manager in the room. Everyone divided up into which initiative they wanted to contribute to, and so we began the arduous task of fleshing out these ideas and how they could help Canvas users.

Let me tell you, this was not as easy as it sounds. My team consisted of some top notch people who knew a thing or two about Data! We were attacking the initiative regarding Advanced Reporting. (Holla! oxana for corralling all of our crazy thoughts into logic and  @straussi , faustj1,  @stephensda ,  @abunag , awilliams,  @paul_goodenough ,  @kmeeusen ,  @jacob_standish  and I think you were in there too, mikescheid? for being part of the madness! I know I'm missing people, please let me know who!) Narrowing it down to those affected and the bare framework of the topic took up most of our time. We had to get all this info down on one sheet and present it in under 6 minutes in front of the rest of the group by the end of the day. Thus, advocating the Learn and Teach method.

After all presentations, we felt like our brains ran a marathon, but we had a lot of content covered and a great start for the Dev team to jump up and start on. What were we left with? About 100 sprints worth of awesome that will take us all the way to InstructureCon 2018.

This opportunity was incredible. Meeting the faces of the Community and all Instructure Staff was great. Being let in on the process of how these opportunities come to pass was incredible, and sharing the floor with some real sharp shooting Admin, Teacher and Developers was an honor.

If this info seems on point and sufficient, I was considering sharing it to the rest of the community. I learn best by re-hashing what I learned through writing it, so this was a good exercise for me to get everything down. Please feel free to dialogue and let me know what I missed or include other things.

Deactivated user, before I even saw this follow-up comment, I was thinking that this was a great summation of the process and would be very beneficial to share more widely in the Community. In other words, I think you're absolutely right.

This, by the way, made me laugh: "I quickly checked the recipient and realized it was addressed directly to me." :smileylaugh:

Thanks for the feedback, Stephen! I do often check if emails are addressed to me, sometimes its deceiving. :smileygrin: It still feels a little taboo to share, but I know they encouraged us to! Its like being told your mission was declassified and you are now able to talk about it like a normal part of your life. hahah

Deactivated user‌, nice job summarizing your experience! Sounds like they tweaked what they did with the 2015 group, but kept the best parts! Sharing, collaborating, and squeezing as much brainpower as they could out of you in one day!

Thanks,  @kona ! It was a memorable experience for sure, and I feel like I walked away with more than I came with in experience. They definitely squeezed the brainpower out. Funny that we really only collaborated for maybe 90 minutes and I felt pooped. I can only imagine what it would be like being a Software Engineer there! Mad respect!

Absolutely!! I think it's almost always harder or more in depth that it looks from the outside!

Perfect summary!   To help make it even better I am contributing a visual.

This video is currently being processed. Please try again in a few minutes.
(view in My Videos)
14 Kudos

I was invited to this (and had much the same reaction, but I immediately ask my CSM for details).  Unfortunately, I could not attend.  Thanks for the summary!

I am very glad that you decided to accept our invitation.  I really enjoyed meeting you in person and watching everybody throughout the day.  Thank you for this most excellent summary of your experience with this event.  With your permission I will share it internally.  Counter to the secrecy that seems to have shrouded Khaki (the first rule of Project Khaki is..) would you mind if we shared your description publicly?  That also goes for anyone commenting on this thread.

I have no problem with you sharing it,  @scottdennis ! Glad the summary was accurate enough for everyones taste.

@Jeff_F  YES! Thank you for adding that video in! I neglected to get any pictures or videos. Too much going on in the moment for me to think of it. I was kicking myself when writing this wishing I had something to add to it. hah!

Bummer! We would have loved you there  @rake_9 ! Will you be at InstructureCon this year?

Thank you for doing this excellent summary, Deactivated user‌ and MAD RESPECT for the engineers is a sentiment of yours I share. I am really excited about that collaboration continuing via the Community space here. That is an incredible opportunity from which we are going to get to learn so much! 🙂

So far, that is the plan!

I was charged with providing a nice short summary of the event to our college's Instructional leadership, and to our State Board's eLearning Council. I jammed that out this morning as a slideshow, but it was nowhere near as nice as yours! If I had read this first, I would have robbed you blind! I am glad that Scott is going to use this internally, because it is just that good!

It was nice to meet you, and you did a great job in our group. You did leave out the incredibly talent oxana , the Instructure Engineer who did such a great job herding our group of cats. And we were cats. Data and reports is a very complex issue, and we all have a different idea of what we or our schools need. Everybody played very nice, but it was a challenge to define the scope of this work.

Thanks for your part in our group!

Yes! Thank you for reminding me of our fearless leader oxana! I've totally edited the document to reflect her awesomeness. You're totally right, we were a mangy group of cats! hah! You described it in quite a nice way-

it was a challenge to define the scope of this work.

Couldn't have said it better myself! Really appreciate your feedback and everything you do. By all means, feel free to present any info here to anyone who needs to know and slap your name on it! We all were there, so its not like my work is original. I just re-framed it.

"Oxana" - her name is deceptively simple.  Quotes from Roxanne's post went out in an email to everyone on the 4th floor yesterday evening, also to our exec team. 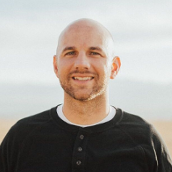 haha Jeff, that makes me feel a little overwhelmed

Deactivated user‌, This post is now making the rounds internally.  I'm seeing it crop up in various slack channels.

Hope it's helpful! Give Deactivated user‌ kudos since she's my CSM and sets me up for all the greatness.