How do I view courses for a student in the Canvas Parent app on my iOS device?

How do I view courses for a student in the Canvas Parent app on my iOS device?

The Courses page displays the current courses for the student(s) you are observing. 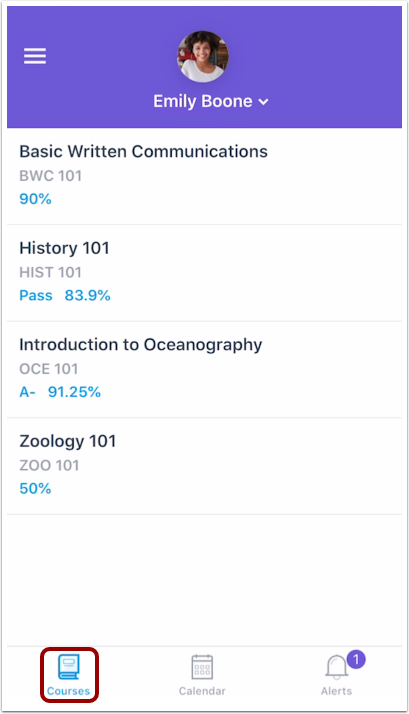 By default, the Dashboard displays the courses list for the student you are viewing. 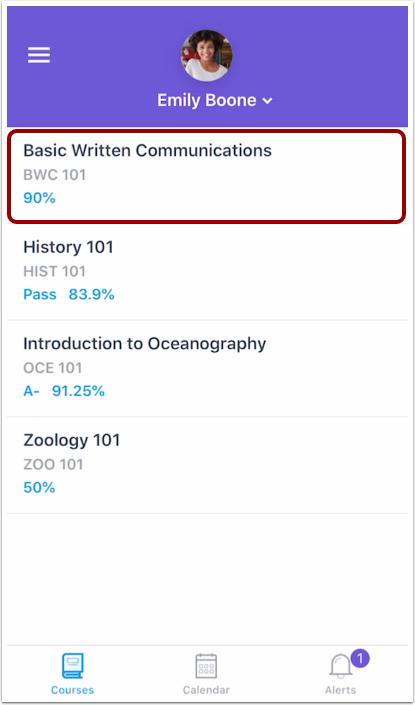 To view course information, tap the name of a course. 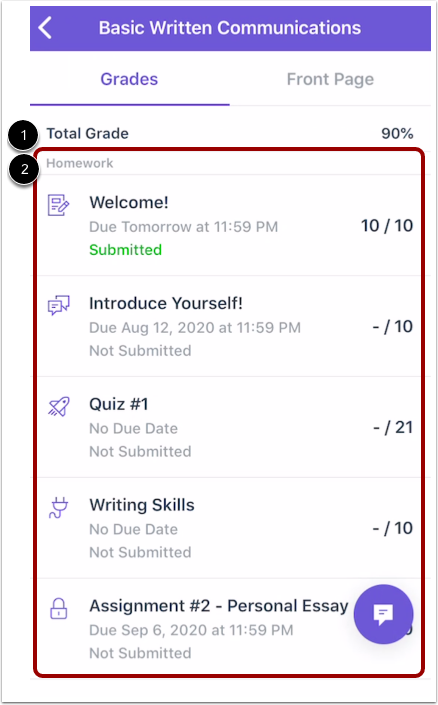 The course page displays the student's course grade [1], as well as a list of all assignments in the course [2]. 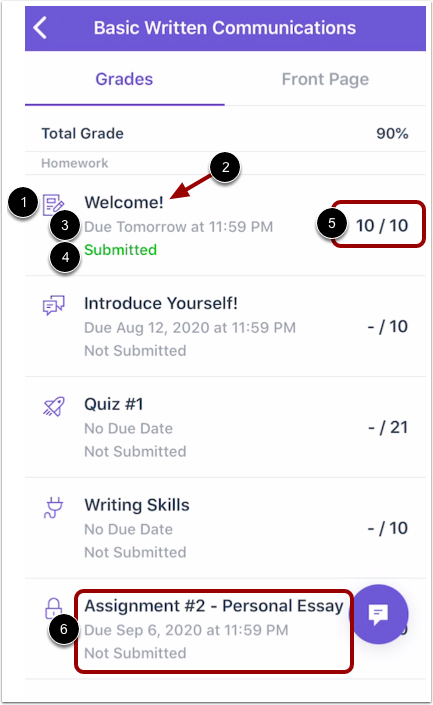 Each assignment displays an assignment-type icon [1]. You can also view the assignment name [2], due date [3], submission status [4], and your student's assignment score [5].

To view the details of an individual assignment, tap the assignment name [6].

I'm an assistant principal who is trying to support a parent. The parent says she cannot see all of her child's courses. When I go to observer my child, I notice, while she has several courses in Canvas, I can only see two. How can a parent see/add additional courses to the canvas app? Or, why would a parent not be able to see all of her children's courses?

Thanks for reaching out. A few possibilities of not being able to see courses would be if they are not published, the term hasn't started yet, or the course dates don't allow users to view course content until a specified date. Currently, future courses are not shown in the Parent App. Please let us know if you have any other questions.

Does the online dashboard matter when viewing courses on the APP?

AND, while I have you here - My phone has version 3.2.3 on it (there are no updates), and a parent, with whom I was just talking, has version 6. something - why is that?

You are amazing! Thank you for helping me.

Happy to help! From my testing, marking courses as favorites (clicking the star) in the web version of Canvas does not impact the Parent app courses. Parents/observers should be able to view all the student's courses as long as they are published/available to view and if the parent is linked to his/her student.

Please let us know if you have any other questions.

Alli - you're the best! Thank you - make sure you show your manager this!!!!

I hope this is the last one. Does it matter if the parents sign on through the parent or the student app? If they are going in through their account, and not the student's, what is the benefit of one over the other?

Trying to make this as seamless as possible as parents ask me tons of questions.

Once again - thank you for your time.

You are too kind, thank you! I am happy to answer your questions. It depends on what kind of experience you want your students and parents/observers to have while using Canvas.

For more information about all the mobile apps we offer, please visit the Guides by App page.

Canvas Parent enhances the potential for parents to engage in their children's education. Parents can review upcoming or past assignments, check on grades, and receive alerts for student activity. Canvas Parent can be used by any Canvas user with an observer account.

These comments are posted to the global Canvas Community,

NOT your Canvas course.