One thing that tends to come up when reporting last date of attendance when a student has dropped the course and we are not able to pull up the attendance report for that student (without adding them back, masquerading, accepting an invite, checking the report, and then removing the student again).   It would be good to be able to still pull up grade and attendance information for the student who has been dropped from the course.

One Quick fix which should be considered (in my view a bug fix) is to change the default reporting for an "unmarked" attendance status.

Currently, when exporting the attendance record the csv file if attendance wasn't specifically marked for a student (ie attendance status left blank) the report defaults the status to "present" (verses "unmarked" or "no record" or even "absent"). The unmarked status should be preserved (or at least there should be the ability to set the default state "present" or "absent" or "unmarked") in the report so that faculty can see and interpret this status according to their own preferences. .. .

Note: while "unmarked" is occasionally shown in the report, I am unsure as to when this appears as the majority of the time the status unmarked students is "present".

The ability to mark attendance separately for lab and lecture held on the same day would be most helpful.

Why not set up the buttons feature to add or subtract from a percent of 1 day's attendance.  So a button created for "excused" might also be set to +100%, adding back a day's worth of attendance credit.  A button for "early departure" might be set to -50%, subtracting half a day's worth of attendance credit.  To make a button that has no effect on the grade, it would simply be set at 0%.

The affect of all buttons entered would be cumulative for that day, so Roll Call would have to allow any given day to count for more than 100% or less than 0% of one day's attendance.

That would make the system flexible enough for instructors to have cumulative attendance calculated in whatever way best suits their course.  It would also stay within the same model as is already used for accounting for lateness.  (Since credit for "late" can be set on a sliding scale, as a percent of the day's attendance.)

Please also allow the "late" scale bar to be set at 0%.  Currently setting it at 0% just resets it to the default 80%.

It might also help to allow the option of seeing a clickable list of present/absent/late next to each student's name, instead of toggling.  In that case there should also be a choice within each button's settings to display it in the clickable list.  That way it would not be necessary to open the "more" box to add certain buttons.

I agree that there needs to be a new solution or possible upgrade.  I do not recommend the Roll Call tool to faculty.  It is very cumbersome.  Some have used it and had success.  While others use it, and then decide to change the point value in the middle of the semester.  That created problems and more problems!  Would love to see improvements to this!  Thanks for suggesting! 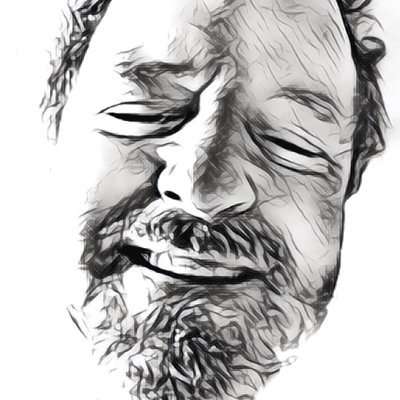 I don't understand this. My students don't seem to get emails from Roll Call Attendance tool...

I wish that the student view of their Roll Call Attendance was more informative. Here's a mockup of kinda what I'm thinking:

I'm using canvas for the first time this semester and am just finding out how poor the attendance tool is, especially from a student's perspective, but also from the teacher's. I just wanted to add my voice calling for work to be done on this.

We are new to Canvas and just starting to experiment with this tool, but a faculty member asked me if there was a way to calculate the attendance grade that would match his syllabus policies and i can't see how this could happen today with the tool.  So, I post his policy below in hopes that some of the options he is requesting could be folded into the overhaul:

9% of your final grade will be based on participation.  Participation is somewhat subjective but will be determined by your willingness to create dialogue, ask questions, and discuss in class topics.  I will regularly make note of how much you are talking in class.  Attendance is mandatory but attendance alone only counts for about 30% of your participation grade.  If you are ill or have a documented reason to miss class, please inform me via e-mail prior to the start of class.  Each student is allowed 2 excused absences before it negatively impacts the participation grade.  Unexcused or excessive absences will negatively affect your grade causing a 1% deduction from your final grade for each absence.

Note the main salient details of his policy that I don't think have been explicitly expressed in the comments in this thread:

1. Allowing for two excused absences before the grade is affected. (Which, in my mind is like dropping the two lowest scores in other assignments, but don't see how to do it with this column.)

2. Absences above and beyond the two freebies reduce the overall course grade by 1%.  (This is easy enough to do manually at the end of the semester, though.)

Hi macaulayl​.  Well...where to begin?  I would start with putting Roll Call Attendance as well as newly-created Assignment called "In-Class Participation" (or something of that nature) in its own separate Assignment Group called "Participation" and then make that newly-created Assignment Group of "Participation" worth 9% of the grade.   (So bottom line is, the instruction must work with Assignment Groups, as you likely know.)  Since--so far we know--Roll Call HAS to be 100 points (but follow this thread for more that's coming on that topic!) my deficient math skills tell me that the assignment called "In-Class Participation" should then be worth 225 points, since the two added together would then be 325 points, and therefore the 100 points for attendance would be worth 30.76 percent of the grade within that group.  (You math folks can likely come up with a more exact number to come up with exactly 30%!)

But yes, the dropping two absences is an issue with this scenario, as it is with the current Roll Call Attendance feature in general.  In fact, that was a now-archived feature request here:

What I do NOT know is whether the "drop lowest scores" scenario that you outline above would work in that assignment group, but as you say that can likely be calculated manually when the instructor marks grades for the In-Class Participation assignment.  (Which I recommend, by the way, might be weekly or monthly assignment so that students have an idea of how they are doing so far in the course as opposed to not finding out until the very end of the course.)

I hope this helps a wee bit.  Hopefully others have some of their own ideas.

Just want to add my support for the entire set of features that Kona listed above. I was pleased to see the attendance feature in Canvas, but when I started using it this semester, I quickly discovered how limited it is--and how unhelpful the documentation is.

The main reason I encouraged my institution to move from BB to Canvas is that Canvas is generally intuitive: I can jump in and accomplish most of what I want without having to search the guides for help. Attendance is not intuitive at all.

As many others have noted, the ability to easily identify "last date attended" for students at the college level is essential; at my institution, that date must be recorded as part of final grade submission for any student who fails the course.

Equally important, students need to be able to see their actual attendance, not just a percentage. One of the main reasons I decided to try the attendance function in Canvas was because I assumed students would be able to view their attendance record.

Finally, given the challenges in setting up Attendance the first time--the fact that a graded assignment is created, the various ways it can be handled, etc., that it can't be returned to a graded assignment if changed to ungraded--it would be a good idea if there was 1) a warning on the attendance page directing users to instructions; and 2) a clear set of instructions that explains what can and can't be done with the Attendance feature as it is currently and which settings can be changed to achieve different goals.

I agree with Dan, but would also ask, could we set up attendance so that it indicates the value of points per day, rather than one score for the semester.  We are at 4 weeks, and the roll call attendance says they have been receiving the full points, it has just changed the percentage of the attendance based on my attendance entries.

So I weighted the category, but for two courses that are new (new textbooks), I am creating the assignments, exams, etc. as I go.  I do not know the exact weightings of each category, so this isn't an option to use weighting.

Could we add a feature to have the amount of points added per day that the college student attends?  Should we add this as a vote? 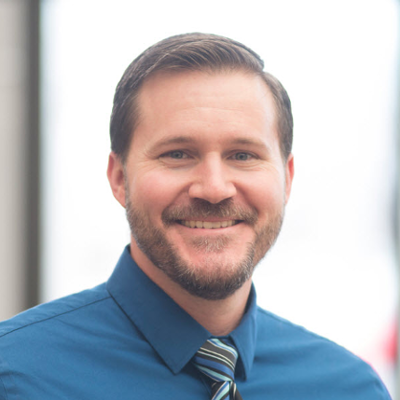 Another issue with cross-listed courses is that the Admin attendance report only contains the SIS Course ID, not the SIS Section ID. Roll Call displays the rosters by sections, but the report does not include the section information. So the Attendance report cannot be easily correlated with the enrollment data.

I echo your request for an api attendance solution. We desperately need to be able to automate the integration of attendance information with our SIS. There's just no way to accomplish this with the current version of Roll Call.

Another feature that would be helpful is the ability to get reports of sections and teachers who are not taking attendance so that the administration can follow up.

Attendance is something vitally important in both the K-12 and Higher ed worlds, so there is a really opportunity here for a developer.

I would like very much to see an option that would allow us to mark an absence excused or unexcused . I have a penalty in place for more than 3 absences from a class, and it matters to me whether a student is sick or just getting her nails done.

It would be great if Excused Absences could be marked as a percentage just like Late allows you to do so.

Thank you ecolbeck​ for adding that capability to the wishlist - that's definitely something our faculty are seeking in an attendance tool.

Thank you so much,  @millerjm ​, for sharing this!

Our school recently transitioned from Moodle to Canvas

are seeking the same capabilities, and those listed above, for a similar tool in Canvas.

Yes!  This is definitely a feature that I would like to see.  I have a biology lab and lecture that I teach.  I have a single Canvas course for both together, so have been unable to keep track of lab vs. lecture attendance when both occur on the same day.  I also concur with the need for the ability to excuse a student without just marking no class for them and better visualization of actual dates absent/late/excused for each student.

It's also actually needed for higher ed as well. Many universities have policy of 4 unexcused absence will result of being dropped out of the course. This function will be needed for us as well.