Improve Grade One Question at a time

Improve Grade One Question at a time

172 Kudos
Status: Open for Conversation Submitted by anthonem on ‎04-15-2015 03:27 PM
(4)
First i still see the entire exam of one student, not just one question.  Second I am not able to look at a grade all of one particular question for ALL of my students at one time.  This gives a more consistency in grading and makes it go quicker.  Clicking through each student for each question takes a long time for it to load and when you are talking about 15-20 questions for 61 students that is a lot of going to the top of the screen and clicking and waiting.

We have several related ideas we're tracking around this request:

Compile all essay responses to a quiz question on ...

Improve Grade One Question at a time (this one)

New Quizzes: Grade by Question on one page

Like Angel, Moodle has a good grade-by-question feature and has for a long time. It is essential to instructor workflow for this feature to be available. Most of my colleagues, who usually assign essay exams, have avoided the Quiz module altogether and have opted instead to have students submit exam essays using the "upload an assignment" feature instead. My impression is that if the Quiz module and Speedgrader provided a more efficient grading workflow for essay exams, they would not be doing this.

I cannot stress how important this is!!! Canvas needs to address the grading problems ASAP because it decreases efficiency and the quality of teaching that I can provide. I have switched entirely to multiple choice questions because of Canvas's inability to grade essay questions in a timely and unbiased manner.

Department of Ecosystem Science and Management

This is completely unacceptable. The grading features in CANVAS are so slow. You have to make this a priority. Older CMS seem to have recognized this and done it just fine. 'Speedgrader' is a joke and there needs to be the ability to view all submissions to a single question simultaneously.

The functionality currently provided by Speedgrader is beyond unacceptable. Grading essay-style questions is incredibly cumbersome and time-consuming. The incredible increase in time required to grade these makes me want to switch to using multiple-choice questions instead of using essay questions, which are a much less effective form of assessment. I teach computer science and I need to see students' code to assess them! I need them to write code and I need to be able to grade it quickly. There is no method to do this in Canvas. Please address this critical change.

It seems they now have no plans to do anything about this. We were told it was in development before. I agree with Jessica Masters above. Speed grader, or any grading abilities within Canvas are totally insufficient and it makes our job as instructors infinitely more difficult now that we have to use this substandard platform for grading. Canvas has to do something about this!!!

This was my major issue with Canvas when our university migrated to using it 3 years ago.  The 2 different platforms we used previously handled grade by question very easily.  It's a basic intuitive need for grading, and I cannot believe they don't provide it.  Canvas promised then they were working on a solution, and here we are 3 years later still without change.  I have drastically cut the amount of essay questions due to the tediousness of their "grade by question" process.  I very much wish I did not have to teach through canvas because of this one feature, and it's very close to becoming the last straw that pushes me to quit online teaching all together.

YES!!! This problem has to be solved right now!

Now it looks like Canvas has no plan to work on this, after saying they would. Completely unacceptable!!!

Department of Ecosystem Science and Management 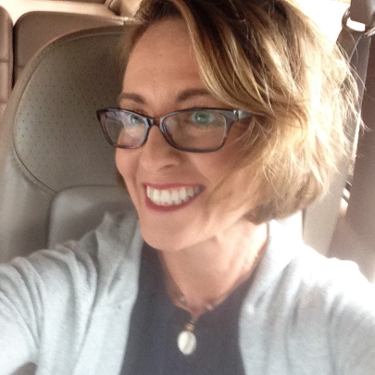 Now if I can just get my detailed "correct answers" to show in Essay questions I'd be happy.  As it is, I cannot make them show up to the student view even though I put them in the original quiz questions.

Allow me to echo what many teachers above have said. SpeedGrader for quizzes in Canvas is maddening and ineffective and rather than saving time (as Canvas allegedly is designed to do) it definitely adds considerable time to grading. Here's a list of the things that are miserable about grading quizzes using SpeedGrader:

1. The beta " would be SO much more efficient if all the students responses were on one page and if I could grade them one right after the other, by scrolling down, rather than having to do THREE separate things as I grade each: I have to enter the number, click "update scores" and then hit the right arrow key. It takes FOREVER.

2. Allow me to complain specifically about the "update scores" button. Why is that there at all? If I enter a grade, I want it entered. Why make me click two things when one will do? EVERY SINGLE TIME I ENTER A GRADE? If I try to guess why, it's in case I enter the wrong grade? So you'll make me do an annoying, time-wasting thing EVERY SINGLE TIME just in case I do something that will cause my problems EVERY ONCE IN A BLUE MOON? That is profoundly dumb.

Delete the "update scores" button. Or, at least, make it an option for teachers who are terrified they just entered the wrong grade.

3. A small issue: I shouldn't have to stare at the question I wrote every single time I grade a new response. I just want to see the student responses. My questions (which are often long, quoting passages from texts I'm asking them to analyze) take up most of the screen and I have to scroll down, using the mouse or an arrow key, to get to the student responses. That is YET AGAIN something that wastes my time.

Not sure if this coming through clearly enough, but making grading as efficient and quick as possible has to be your number one goal. Every second I spend doing unnecessary clicks and scrolls adds up enormously and equals time I'm not spending actually trying to help my students.

Here's what's maddening. It's one thing to have software with problems. All software does! But as I read the above comments, it's clear that a) you've known about these problems for YEARS and have done nothing; and b) other companies (your competitors) have fixed these problems years ago. Your failure to do so sends a strong message you don't care at all about your customers.

With more than a little rage,

Without being argumentative, and recognizing that your points are valid; I have used 5 different LMSs in my long career and find SpeedGrader to be the greatest invention since sliced bread.

I like it just fine when I'm using it to grade assignments, as when I'm looking at a longer essay response. But when I'm grading quizzes, with 5-8 short answer questions (a common assessment I do), then I can't fathom how it could be worse. To further your analogy, this bread might be sliced, but the flour is filled with cockroaches and the oven is way to hot.

I agree with most of Matt's points and suggestions, especially about the update button, because I use open ended questions a lot and it adds one more click.  I am developing carpal tunnel syndrome, so, the fewer clicks the better.  SpeedGrader continues to get better.  It was pretty clunky 5-6 years ago.

It is so depressing to see that this has been a consistent request from multiple users for 4 years now without much progress. Sigh.

Any progress to report on this feature? I just lost an hour's worth of work because of flaws in the grade-by-question beta feature. At this point, I'd be delighted if my institution dumped Canvas. Seeing question responses in-line on one page is critical to fair grading.

Canvas! Please either update this feature or let us know the progress. Multiple clicks and loading new exams for each response is cumbersome, inefficient, and unfair grading.

Yep. I've been asking for some progress on this crap tool for several years now. It is a terrible feature, and the amount of time it takes to grade assessments is HORRENDOUS. I will be recommending we move away from Canvas. It feels like everything that is actually important gets no attention unless someone outside of the system creates a macro hack.

This would save soooo much time. I love your mock up!

It looks like it's not happening in the near future: https://community.canvaslms.com/message/143465-speedgrader-20-and-grading-one-question-for-multiple-...
Like many of the recent commenters, I would love for my institution to abandon Canvas.

Keep talking to your Faculty Senate rep if you aren't already. This is gaining momentum. I can also send you the names of the technology subcommittee folk.