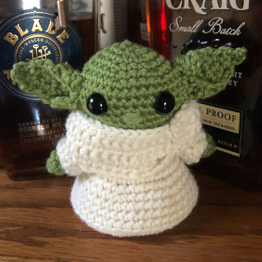 First timer inbound for InstCon. What to expect??

Though I'm a long-time Bbworld/DevCon attendee/presenter, but this will be my first InstCon, and I've only been working with Canvas the last year. What to expect? Any info contrasting experiences between BbWorld and InstCon would be helpful/appreciated! I'll probably go "development heavy" on the presentations, etc. Looking forward to responses!

Hi reynlds@illinois.edu! I'm also a central IL person (about 45 min from you!) and it's great to see others from the area planning on attending InstCon!

I've attended BbWorld and InstCon and I think the biggest difference is the people and the connections. Even though there are a lot of people who attend InstCon, it still has a small/close feel because people really do talk and network with each other. If you are a development heavy person, then you'll definitely want to watch out for "Hack Night." Hack Night is a free opportunity that takes place after the regular evening events and is when all the programmers and development people (even Instructional design types) get together with Instructure employees and work on various projects, questions, etc. I've attended 4-5 over the years and it's always a great time and some awesome work gets done! Along with this, I'd follow-up with the Unconference on Friday (also free!). The Unconference is a chance to do more networking and sharing with people who are interested in similar topics. For example, last year we had a development/programming track at the Unconference that focused on API, Canvas Data, and things like that.

And last, even though the people are the best at InstCon, I would be remiss if I didn't mention the swag. The swag at InstCon is usually insane in the amount and what type of things you get. Last year in CA our group ended up shipping a box of stuff home because it wouldn't all fit in our suitcases! And this wasn't the first time it's happened. There was another year we bought a new suitcase just to get it all home!

Hope this has helped and if you ever want to do some local networking, just let me know! We've got a pretty amazing programming person at our school who has come up with some super cool extra tools for Canavs - Canvancements - Canvas Enhancements‌.

Have a great day! Kona

Thanks for a quick response and great tips, kona@richland.edu‌! I had the opportunity to visit you in Decatur for your "Unconference" in Fall, 2018, and met you again last year in Wisconsin. Assuming travel budget is approved (fingers crossed), I'll see you in Nashville!

Community Coach
In response to reynlds

Yes, thank you for the reminder! I'm awful with names but awesome with faces. While the picture on your profile seems VERY familiar, I definitely didn't place it with the person I met before! 🙂

I usually just tell people "look for the guy with the longest hair and beard that you'll see in the room." LOL! My avatar is a crocheted "Baby Yoda" that I recently got my wife. Will update with an actual pic soon.

Hi Mark! Super excited that you are joining us at InstCon! My first year was in Keystone in...2015 I think? And the first thing that grabbed my immediate attention was the people. Kona is spot on. Everyone was friendly and inviting and wanting to make connections that continue beyond the conference!  I have traveled to every InstCon solo and I could not wait to return for my second year!  Speaking of running solo, we have created a hashtag #solopandas that you can use on twitter during conference week to help connect with others for casual downtime chats, dinner, share rides, etc.  TIP: As for all of that SWAG, Southwest airlines allows 2 suitcases for free

You will DEFINITELY want to bring it all back with you!

Hack Night, Unconference, Game Night, all of the Keynotes, pretty much all of the social events are not to miss, because that is where the best conversations and networking happen!

Great tips, bcrook@standrews-de.org! Luckily I'm within driving range (about 6 hours), so that's how I'll arrive. Yes, will be bringing the "big car"! Thank you for your input!

I will offer the same tired old advice I have offered in these similar forums every year since my first InstCon of 2012.

The most valuable learning will come from the informal (and semi-formal in the case of the Un-conference) networking. You cannot possibly attend every concurrent session; but even if such a thing were possible, you would not want to to do it. After too many rapid-fire lectures/demos/whatever your head will be swimming, and you'll be lucky at the end of the day if you remember 10% of what you heard. Take/make breaks where you have skipped that hour's sessions, and find some nice common space with lots of peers and colleagues sitting around, and just start talking. Most of us are teachers, most of the attendees and participants are teachers, and teachers like to talk. So talk to them.  Talk to people from K12, talk to people from HE, talk to people from other countries (highly recommended), and talk to people from Instructure (they tends to be as talkative as teachers).

Leave the electronic devices in your room. The news media is full of stories about folks stepping backwards into the Grand Canyon, falling into wild animal enclosures at zoos and other fatal mishaps because they were too absorbed by their devices to pay attention. At InstCon, it is good to pay attention, and it's good to look up long enough to make a new friend who may just have the edtech solution you have been desperately seeking.

Leave the three-piece suits and uncomfortable shoes at home! InstCon is not Blackboard World. Professional pretensions are not only unnecessary, but rather boring too. Most of the fun stuff that happens after hours, happens best in comfortable clothing, and often without time for changing in between.  Believe me - I have worn a suit to work everyday since 1987, and I never bring one to InstCon. If I can shed my disguise, anyone can.  Besides, that's the best way to identify a BlackBorg Troll - by the dark suit, and nobody wants to be mistaken for one of those.

If affordable, bring family!  I brought my wife and at least one grandchild (but always the granddaughter we adopted) every year for the first five years. The great Kona Jones above brings her children every year. Can you imagine a better influence on a child than to spend four days somewhere where thousands of people from all over the world are celebrating learning? My granddaughter was especially fond of attending the keynote addresses with me, and she still talks about some of them to this day.

You said you are going solo, but I will add for other readers of this forum - ditch your traveling companions from your school; or at least slip away from them as often as is socially acceptable. You have likely already heard what they have to say, and they are just as likely to be bored with your conversations on Canvas. Go forth and learn new things from new people.

Finally, submit a proposal to present! Please!  Everybody has something to contribute; and as is readily apparent in the Community, we value almost everybody's contributions.  If you can't formally present, then I will refer you right back to my first point, and suggest informal contributions at every opportunity. And, if on the off chance you end up boring people to tears; so what, you'll likely never see them again! Just sayin'

I hope that at least some of this rambling mess is helpful.

Community Advocate
In response to kmeeusen

Yes! So many great points kelley.meeusen@cptc.edu‌. UnConference greatness can't be stressed enough. Besides, I met you at the very first one!  :smileygrin:

And clothing is always the big question.  Jeans/shorts and t-shirts. Comfy shoes!  Especially if you are given a room on the far side of the Gaylord, because if you have never stayed here before, holy moly this place is BIG! I did a conference here once and remember walking from the far corner room alllllll the way to the other side to the conference center in heels one night, and let me tell you, there won't be ANY heels in this suitcase of mine on this trip. ::giggles::

Community Coach
In response to bcrook

I remember my friend!

I always focus on the practical side of things, like not wearing spike heels to eat breakfast in the field at Keystone!

These fancy new InstCons at conference centers are different.