tl;dr: This is an open discussion where you all can publicly share your qualitative thoughts and feedback about InstructureCon 2016! Please post before reading the comments from others. Then feel free to reply to others!

Once again we were stunned by another kumbayawesome InstructureCon! Fortunately the great sessions, ideas, and connections we made, can live on within our Canvas Community and in the InstructureCon 2016 community space! Remember that you can keep the conversation alive, around each breakout session, by adding comments! This is a great way to connect with the presenters and share thoughts/ideas with other participants.

Please be sure to take that survey that our marketing team sends out, so we can make instcon even better next year. That quantitative feedback is invaluable.

In addition we wanted to have an open discussion where you all can publicly share your qualitative thoughts and feedback about InstructureCon 2016!

Here's some things you might want to talk about: the sessions, the keynotes, the activities, the online schedule, the app, the booths, the venue, opportunities to connect, ideas for the Community Team to improve community interaction and engagement.

Thanks for your help Canvas Community...  We ❤️ you!

PS... Don't forget to add all those kumbayawesome photos you took, to the Camp Canvas Photo Gallery...

In your responses please @mention other community friends or use the "Share" tool to encourage others to offer their feedback as well!

Let's kick off this discussion with some @mentions:

Community Coach
In response to jbrady2

Hey, I had a couple of times (not at the conference but outside) asking for a Lemon, Lime and Bitters... only to get a very strange look. Haha I eventually realised to ask for Sprite, Lime and Bitters. Having said that, Coke products would be awesome also!

I loved loved loved the conference!  I was so excited about all the new things I learned and about what is coming up! The Canvas people are hugely nice.  I felt each was hand picked because they had great personalities!

I felt like the venue could have been better picked.   Yes, it was beautiful but two flights and then an hour and half ride through the mountains was a very big travel day.   I have been to many conferences that didn't require that much work/time just to attend.   It also was not set up well for eating.  I do not enjoy standing up to eat while holding my drink in the rain so I began going back to my condo.   Great exercise though!  When I have gone to other conferences they had big tables where you would sit with other people from different schools and we would have the most interesting conversations - I missed that.

All and all  a big thumbs up 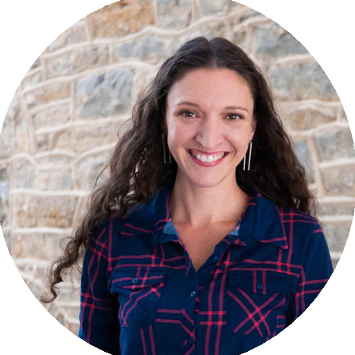 I was a first-time attendee this year, and I had a wonderful time at InstructureCon! I learned a lot, met some great people, and really enjoyed the experience overall. A few more specific pros/cons/suggestions below (imho):

Pro: Lots of great topics to choose from in the various breakout sessions.

Con: All of the sessions I went to were pretty talky and not very interactive. There wasn't generally much time for Q&A or for more in-depth engagement with the speakers where they could show you in more detail HOW they were accomplishing some of the various things they were doing.

Pro & Con: I'll also say that in the sessions led by instructure folks (roadmap, quizzes, etc.) it was great to see more details about what is on the horizon. But, while I totally get that timelines have to be flexible, even wide windows of potential release dates were hard to come by. It would be great if some of that could be worked out in advance, so the presenters can feel comfortable sharing at least tentative timelines for changes/ new features.

Suggestion: Maybe sessions with a potential interactive/hands-on component could be given a longer timeslot and maybe a room with tables to accommodate people bringing laptops? Maybe you could use one of the booths or rooms to set up a few computers and schedule some small-group follow-up discussions/work sessions with willing presenters. The "open lounge" could have been a good spot for this, but it was nearly empty any time I wandered over there.

Pro: Plenty of staff on hand to point you in the right direction, hand out ponchos, give you a demo in one of the booths, etc. and everyone was super friendly. Special shout-out to the dev folks in the UX tent! They were all very nice, willing to share what they're working on, and really receptive to feedback.

Con: None. Everyone was lovely.

Pro: It was frickin beautiful in Keystone. The mornings were lovely, and there is no way to control the monsoons, so I wasn't bothered by the rain itself. The rooms were generally large enough to accomodate the audience, and while travel between buildings was sometimes a hassle, I think it was a reasonable tradeoff for the location.

Con: Not enough places to get out of the rain during meals/events. Handing out ponchos was a great idea, and I had rain gear, but by the last night, I was a little tired of standing in the rain.

Pro: I use Twitter pretty heavily when attending conferences, because it's how I document the experience for later review and share it with colleagues in real-time. The social media folks seemed to be pretty on top of sharing things via twitter and retweeting interesting posts, so I appreciated that.

Con/Suggestion: It would be great to have an easy way to find the presenters on Twitter (if that's something they use). Not everyone is searchable by name, so maybe social media links from the session info in the app or from the event page on the community site would be helpful?

First of all, Keystone resort is the best place to make people engaged, happy and relaxed. It’s some kind of a summer camp with a lot of different activities, sessions, and fun, so that each guest can find a very own way to feel the excitement.

Also it was the best giveaways I’ve ever seen – what a beautiful backpacks, t-shirts, sweaters and bottles, it’s definitely not that kind of gifts to throw away afterward! I will keep them all!

The overall impression is really amazing. Love you guys, you are awesome!

Community Advocate
In response to stuart_ryan

Community Advocate
In response to Stefanie

I don't drink alcohol, so I would gladly use my tickets on other things.  I concur, as a Floridian that 9'k altitude left me out of breath at times.

I'm one of those that enjoy Pepsi over Coke.

So I was very happy to see Diet Pepsi available. The Canyons (previous location) was a Coke Products place. But this often has less to do with the Conference itself and more to do with the location and who they have partnered with. [This goes for hotel chains, airports, theme parks, restaurant chains, some universities, etc.]